The Greco di Tufo, Fiano, Falanghina, and Aglianico vineyards, from where the wineswe produce come from, liebetween the regions of Irpinia and Sannio, in the area between Abellinum and Beneventum, one of the old Roman colonies.

Andrea was one of those land lords who, during the Middle Age, were very powerful thanks to their wealthy properties. The sovereign gave him many favours, including the honour to marry his disowned ex-wife, the beautiful Costanza di Chiaromonte, with a three-thousand ducati dowry. In the same circumstances, the De Capuas also received some of the best lands of the kingdom, which are the same are aswherewe produce Greco di Tufo today.

Beginning of grafting and preparation of the family vineyards

Our forefather (Umberto Bruno) began to build the entire building, to allow the transformation of our grapes into wine ready for sale 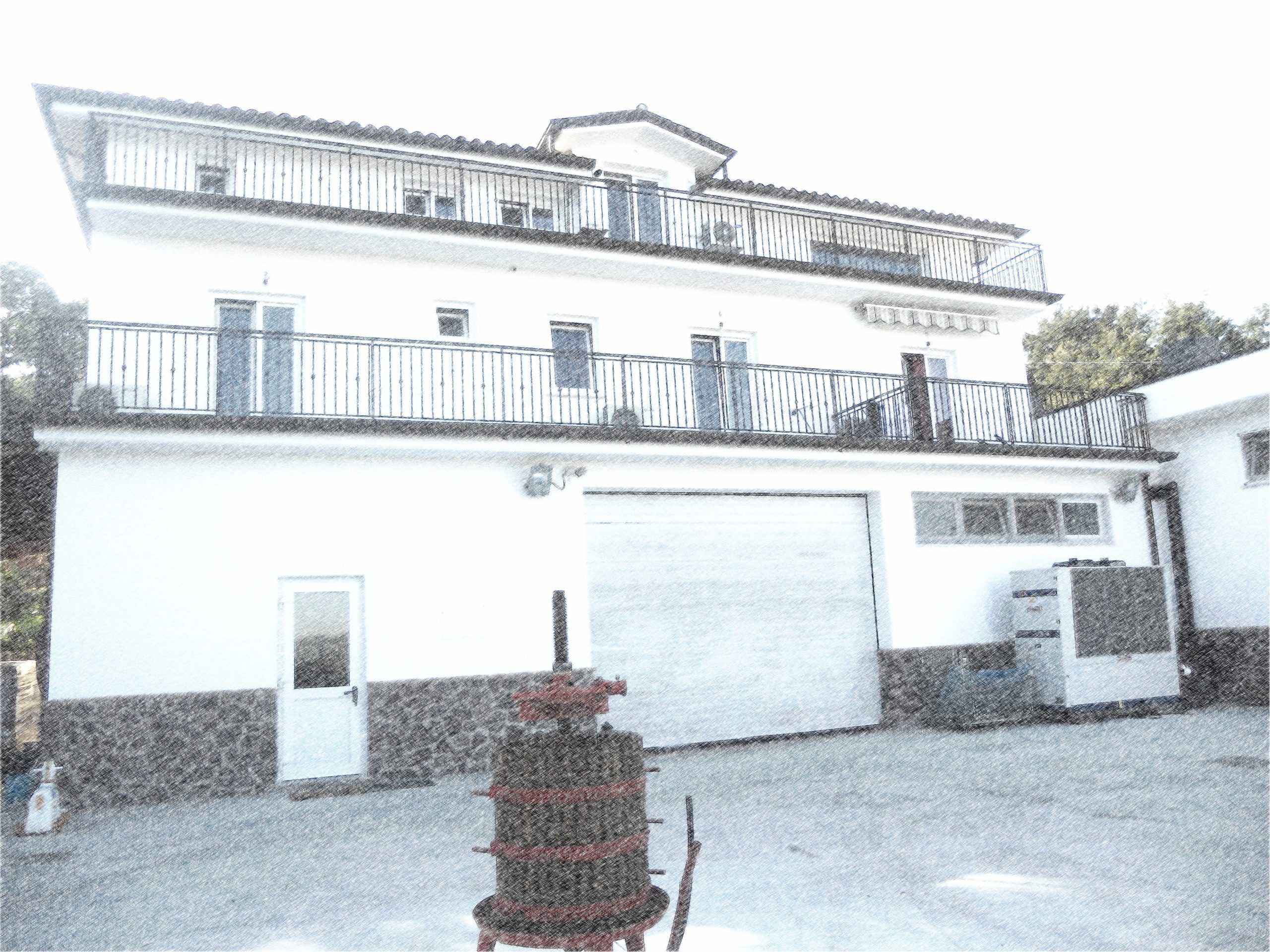 After a lot of work we came to have a small structure, which allowed us to start producing wine, storing it, bottling it, labeling it and finally making it ready for sale (complete supply chain)

Thisis a Land where the combination “weather-territory” is absolut elyun paralleled, and where the man kind gavehis best in selecting tho sevin eyard swhich are the pride of Irpinia and Sannio today. On these land swegrow the sam egrape-vines that were introduced during the Greek colonisation, and we produce a type of wine that make sthis area a sort of small enclave… a jewel of the Italiano enology.

Ruby-colored wine with a dry flavor. Vinified at a controlled temperature, it ferments for 10 days. It goes well with meats red, game and aged cheeses.

The Beneventano Falangina is thought to be a component of the Falerno, a prestigious wine from the region Campania, which was well-appreciated by the Romans. !t is golden in colour, fresh and fruity, a perfect combination with light veggy plates, fish dishes and eggs.

Campania Rosé I.G.P. County de Altavilla is a rosé wine made from 100% Aglianico grapes. The vinification and aging are entirely carried out in 18/10 steel vats. Intense pink color with light strawberry-colored veins. On the nose, hints of red berry fruit such as wild strawberries, pomegranate and raspberry; in the background floral and tropical aromas to complement the clear primary fermentative sensations. Fresh on the palate, flowing but in balance between softness resulting from careful vinification and the right time spent on the skins and acidity. Ideal as an aperitif and with raw fish. Pairings with fried seafood, pasta with fish eggs, fried artichokes, white fish carpaccio, pasta with sea urchins, pork salami, sweet and sour pumpkin.

Grapes: 85% Greco and 15% Fiano or Coda di Volpe – Color: Intense straw yellow. The Greco grape is grown in Altavilla Irpina (AV) in soils rich in sulfur which give it an extraordinary complexity and an intense aroma. Taste: With a dry, acidulous flavor with a hint of almond. Pairings: fish dishes, grilled fish, marinara soup, fried fish, babà, pastiera, sfogliatelle.

Grapes: 85% Fiano and 15% Greco di tuff; 11.50 -12.50 vol— Color: less intense straw yellow with greenish reflections. Indicated especially for fish-based dishes, but it also goes very well with dishes based on meats, vegetables and cheeses, as well as appetizer. The nose reveals good personality with intense, clean, pleasing and elegant aromas which start with hints of hawthorn followed by aromas of apple, pear, peach and grapefruit and exotic fruit. The mouth has good correspondence to the nose, a fresh attack however balanced, intense flavors, delicate. The finish is persistent with an aftertaste of toasted hazelnut.

Aging wine of ruby ​​color with a persistent uvaceous aroma and a dry, tannic flavor when young, then velvety. It goes well with first courses based on meat sauces, to get to stews and red meats on the spit. Particularly suitable with aged and slightly spicy cheeses, such as caciocavallo from Alta Irpinia

Wine of unparalleled typicality, affirmed all over the world. The taste denotes acid freshness, with aromas reminiscent of peach, bitter almond, but also broom and citrus fruits. Clean notes of hydrocarbons and sulfur on the nose. This ancient wine is also an elegant aperitif and pairs very well with crustaceans, molluscs and important fish.

THE SCIASCINOSO IS A VERY ANCIENT MYSTERIOUS VARIETY DATING BACK TO THE TIME OF PLINIUS IL VECCHIO. VINIFIED IN PURITY, IT HAS A LIGHT BODY WITH NOSE NOTES OF RED WILD FRUITS AND CHERRY. THE TASTE IS FRESH AND MODERATELY TANNIC. IT IS A YOUNG WINE TO DRINK.

It is a leading wine of Italian enology with defined and unmistakable aromatic characteristics. It has yellow color straw yellow, elegant bouquet of peach blossoms, dry and harmonious flavor with aftertaste and a hint of toasted hazelnuts. Yes it goes well with fish-based preparations, but also with vegetable dishes.

Wine of great tradition and aging, with an intense ruby ​​color with garnet reflections, a large, complex, intense bouquet with varietal notes of black cherry, wild berries, plum, violet, spicy and mineral hints, and elegant, soft, velvety and intense; on the palate it offers notes of plum, black cherry and chocolate, dry, robust body with a persistent aftertaste.

Wine of great tradition and aging, with an intense ruby ​​color with garnet reflections, a large, complex, intense bouquet with varietal notes of black cherry, wild berries, plum, violet, spicy and mineral hints, and elegant, soft, velvety and intense; on the palate it offers notes of plum, black cherry and chocolate, dry, robust body with a persistent aftertaste. 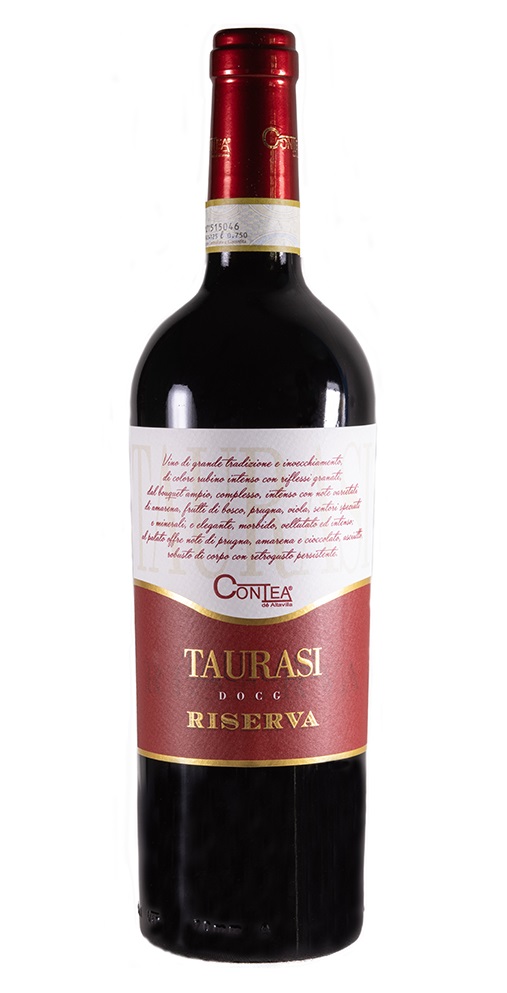 Reserve 2012 Wine of great tradition and aging of intense ruby ​​color with granite reflections with a large, complex, intense bouquet with varietal notes of black cherry, wild berries, plum, violet, spicy and mineral hints, and a soft, velvety and intense binder; on the palate it offers notes of plum, black cherry and chocolate, dry, robust body with a persistent aftertaste.

This website uses cookies to improve your experience while you navigate through the website. Out of these, the cookies that are categorized as necessary are stored on your browser as they are essential for the working of basic functionalities of the website. We also use third-party cookies that help us analyze and understand how you use this website. These cookies will be stored in your browser only with your consent. You also have the option to opt-out of these cookies. But opting out of some of these cookies may affect your browsing experience.
Necessary Sempre abilitato
Necessary cookies are absolutely essential for the website to function properly. These cookies ensure basic functionalities and security features of the website, anonymously.
Functional
Functional cookies help to perform certain functionalities like sharing the content of the website on social media platforms, collect feedbacks, and other third-party features.
Performance
Performance cookies are used to understand and analyze the key performance indexes of the website which helps in delivering a better user experience for the visitors.
Analytics
Analytical cookies are used to understand how visitors interact with the website. These cookies help provide information on metrics the number of visitors, bounce rate, traffic source, etc.
Advertisement
Advertisement cookies are used to provide visitors with relevant ads and marketing campaigns. These cookies track visitors across websites and collect information to provide customized ads.
Others
Other uncategorized cookies are those that are being analyzed and have not been classified into a category as yet.
ACCETTA E SALVA